Find traditional instrumental music
This is the stable version, checked on 6 June 2022.
Jump to: navigation, search

Back to Loch Earn

Loch Earn is in the west of Strathearn, Perthshire, Scotland, out of which the River Earn flows east to eventually join the River Tay Estuary. Unusually, the loch has a tide-like phenomenon (though unrelated to the moon) called a seiching, in which wind action over the surface of the water sets up an oscillating cycle resulting in a rise and drop of water levels over a 16-hour period. There exists a ruin called Loch Earn Castle, once the stronghold of the MacNeishes from the year 1250 to the mid-15th century. Reduced to plundering the country-side, the MacNeishes made the mistake of preying on the McNabs to the north, who responded with a daring raid that culminated in the utter destruction of the MacNeish clan. The McNab crest historically sports a depiction of the dead McNeish chief's head. 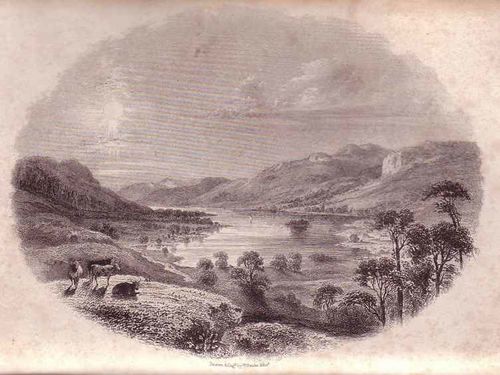 In Ireland, versions are contained in the early 20th century music manuscript collection of Rev. Luke Donnellan (1878-1952, Oriel region, south Ulster) as "Lough Erin Reel", and in the 1883 ms. collection of County Leitrim musician Stephen Grier as an untitled reel.

Back to Loch Earn