MARGARET'S WALTZ. English, New England; Waltz. A Major. Standard tuning (fiddle). One part (most versions): AAB (Martin). Composed in 1959 by English collector Pat Shuldham-Shaw (1917–1977) and dedicated to Margaret Grant, representative in Devon of the English Folk Dance and Song Society on the occasion of her retirement. [Shaw also composed "Farewell to Devon" at the same time, the pair of tunes meant to be played in a medley for a specific dance]. It is also said to have been played in honor of Princess Margaret, then President of the English Folk Dance and Song Society, on the occasion of a visit by her to Cecil Sharp House, London, headquarters of the society. A picture was taken of her dancing to the melody and was published in Dance and Song, the organization's magazine. New York fiddler Jay Ungar is quoted in Matthiesen's Waltz Book (1992) as having taught the melody, popular at New England contra dances for years, to Shetland fiddler Aly Bain, though at the time he was unaware of its origins (Ungar himself learned it from New York hammered dulcimer player Bill Spence). Bain took the tune back to Scotland and fancied it the kind of melody his friend Pat (Shuldham-)Shaw would enjoy hearing. After dinner one night in Bain's Sylvan Place, Edinburgh, flat, the instruments came out and Bain played his 'new' waltz, asking Shaw what he thought. Shaw, the story goes, dryly replied that yes, indeed, he did like the tune—because as a matter of fact, he'd composed it. The story is confirmed by Hamish Henderson (in Alias MacAlias) who overheard the exchange between the two "at a party." 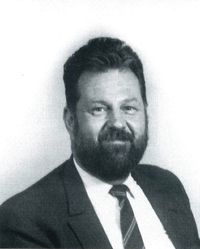 The melody was, for a time, the most requested tune on radio Scotland (Fiddler Magazine). The cross-Atlantic meandering of the tune is quite remarkable. Aly Bain was on tour with the Boys of the Lough and were seen by Kentucky fiddler J.P. Fraley. Fraley was taken with the tune and was persuaded by Bain to attend a late-night party after the concert with the promise that Bain would teach Fraley the waltz, which he did. Fraley liked it so much he played it as his waltz selection for the Clifftop festival competition and came in second place. Some hear strong melodic similarities between Paul McCartney's "Mull of Kintyre" and "Margaret's Waltz."