MAUDABAWN CHAPEL. AKA - "Reavy's," "Ryan's Reel." Irish, Reel. E Dorian. Standard tuning (fiddle). ABB' (Reavy): AABB (Taylor/Tweed): AABB' (Feldman & O'Doherty). Composed by fiddler and composer Ed Reavy [1] (1898-1988) of Drexel Hill, near Philadelphia, Pa., originally from County Cavan (he emigrated in 1912). The tune is named for a church the “Plumber of Hornpipes” attended with his family in Barnagrove, Maudabawn, a few miles outside Cootehill, north-east County Cavan. Along with "Hunter's House (The)," this is the most famous Reavy composition in the tradition. Eileen Ivers (originally, Bronx, New York) selected the melody as one of the pieces with which she won the Senior All Ireland fiddling title. Philippe Varlet believes the tune was probably composed in the 1950's. 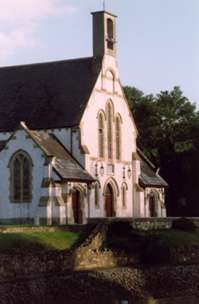 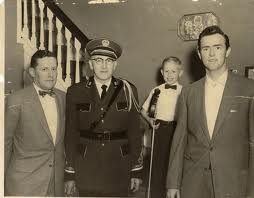 Vincent Campbell recorded the tune under the title "The Reefs," a corruption of the name Reavy. Fr. John Quinn/An tAthair Seán Ó Coinn finds the tune in the c. 1960 manuscripts of the Longford area Reilly family as "Reavy's No. 3" or "Reavy's Long Reel." Back then, he explains, the Reavy tunes were becoming popular and circulated without names; instead numbers were assigned to the various compositions.