Find traditional instrumental music
This is the stable version, checked on 22 December 2022.
Jump to: navigation, search

Back to Miss Lucy Long

MISS LUCY LONG. AKA - "Lucy Long (1)." American, Air (2/4 time). C Major. Standard tuning (fiddle). One part. A minstrel-era comic love song popular in the mid-19th century composed in 1842 by William M. "Billy" Whitlock [1] (1813–1878), an American blackface performer. Billy Whitlock was a member of the earliest minstrel troupes, the Virginia Minstrels (with fiddler Dan Emmett, Frank Bower nd Richard Pelham), formed in 1843. Prior to that Whitlock had a solo blackface and duet acts that he performed at various venues, including P.T. Barnum's circus. After the breakup of the Virginia Minstrels, Whitlock performed with a variety of troupes, many of which were put together for a traveling season or two, only to recombine with different personnel and different names for the next season. His last public blackface performance was at a circus in 1855.

Whitlock's song "Lucy Long" was a hit for both the Virginia Minstrels and the Christy Minstrels in the first decade of minstrel performances. It acquired many sets of words, and entered oral tradition. 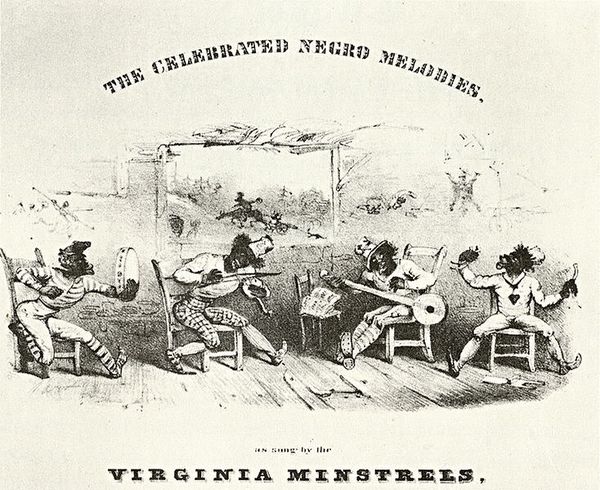 Now I am come afore you
To sing a littel song
I play upon de banjo,
An' dey call it Lucy Long.

The tune is printed in one of the earliest surviving collections of minstrel tunes, an 1848 banjo tutor written by Boston publisher Elias Howe, whose pseudonym Gumbo Chaff, a name taken from Thomas Dartmouth Rice's 1834 blackface character. The tutor was republished in 1851 in Boston by Oliver Ditson who, in 1850, had purchased the rights to several of Howe's publications, on the condition that Howe not publish any similar works for ten years.


Back to Miss Lucy Long