Find traditional instrumental music
This is the stable version, checked on 19 July 2019.
Jump to: navigation, search

MONTROSE'S MARCH. AKA and see "Captain Collins," "Rock and the Wee Pickle Tow/Rock and a Wee Pickle Tow (A)," "Retreat (The)," "Pretender's March," "One-Horned Cow (2) (The)," "Carawith Jig," "Green Goose Fair (1)," "O'Sullivan's March," "O'Sullivan More's March (1)," "Páinneach na nUbh (1)," "Scotch March (1) (The)." English. "Montrose's March" was published by Playford in his Musick's Recreation (1669), however, the melody earlier appeared in Playford's Musick's Hand-Maid (1663) as the generically-title "A Scotish [sic] March" (although William Stenhouse, in notes to the Scots Musical Museum p. 197, remarks "the second strain contains a redundant bar which spoils the measure"). It is the ancestral melody for a widespread and varied tune family found throughout Britain and Ireland, and was also imported to North America (see Bayard). One of its more famous derivatives is "Rock and a Wee Pickle Tow (A)," which appeared in Joseph Mitchell's opera Highland Fair; or, A Union of the Clans (1731), later printed in London publisher James Oswald's Curious Collection of Scots Tunes (1739). 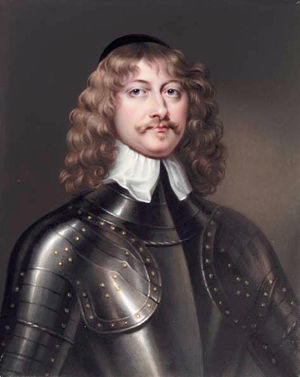 The title refers to the heroic Marquess of Montrose (1612–1650), James Graham, a 17th century Scottish aristocrat chosen by Charles I of England to quell a rebellion in Scotland, and reputedly a man who lived scrupulously and bravely. Montrose originally supported the National Covenant and fought for the Covenant in the Bishops' Wars, but as the upheaval escalated he had doubts and found himself turning against the extremist Presbyterian view toward Charles I. He was subsequently jailed in Edinburgh Castle for five months as he would not support the Scottish Parliament. In 1644 he became the King's lieutenant in Scotland and embarked upon a campaign with a small motley army of Scots and Irish. An outstanding leader and a skilled general, he won six victories for the crown, but when he entered the Lowlands his small army's numbers dropped, and the tiny force was taken by surprise in September 1645 at Philiphaugh, near Selkirk, by the troops of David Lesley. Montrose managed to cut his way free with a few of his men, but his army perished (along with their families who had accompanied them) in the slaughter that followed. The King ordered Montrose to make his way to Norway, and in Europe he was honored by the French and Germans, however, when Charles I was executed Montrose felt he could no longer remain on the Continent. He returned to Scotland in 1650 in an attempt to recover Scotland for Charles II, but was shipwrecked in Orkney, which he survived with only 200 of his men, a force too small to defend themselves. Betrayed by MacLeod of Assynt for the incredible sum of £25,000, Montrose was executed without at trial at Edinburgh in May, 1650, having been ordered by the Scottish parliament to be hanged then disemboweled. His body parts were displayed in cities across the kingdom for ten years, until the restoration of Charles II, when the new monarch arranged a grand funeral for him. Sir Walter Scott's novel A Legend of Montrose (1819) concerns his career.

The tune saw service again in the next century under the titles “Retreat (The)” or “Pretender's March” in London publisher John Johnson's 24 Country Dances for the Year 1752. The ‘Pretender’ (sometimes 'the Young Pretender') refers to Bonnie Prince Charlie (Stuart), leader of the Jacobite rebellion of 1745 and ‘pretender’ to the throne of England.

Irish variants are many as are Irish titles; they include "O'Sullivan's March," "Máirseáil Uí Shúilleabháin," "O'Sullivan More's March (1)", etc. Brendan Breathnach juxtaposed Playford's "Montrose's March" with an Irish jig, "Páinneach na nUbh (1)" (Basket of Eggs), collected from a County Cork musician, Mrs. Murphy, to show the development of the melody in tradition.