Back to Mrs. Rose of Kilravock's Strathspey

MRS. ROSE OF KILRAVOCK'S STRATHSPEY. Scottish, Strathspey (whole time). G Major. Standard tuning (fiddle). AAB. The tune was published by the Edinburgh publishing firm of Nathaniel Gow and William Shepherd in a volume entitled A Collection of Entirely Original Strathspey Reels, Marches, Quick Steps &c., "by Ladies resident in a remote part of the Highlands of Scotland, as corrected by Nath. Gow." Unfortunately, the composers names are not given. The Leeds antiquarian Frank Kidson (1854–1926) penciled a note in his copy of the volume that the composers were, or included, “the Misses Whyte,” and modern researcher Charles Gore thinks “the Misses Whyte” may possibly be a Miss White and a Miss Brocky, of Morayshire, east Highlands. 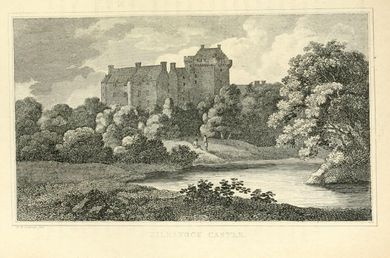 'Mrs. Rose of Kilravock' at the time of publication (1796) was the remarkable Elizabeth Rose 19th of Kilravock [1] (1747-1815), the daughter of Hugh Rose (17th of Kilravock), sister of Hugh Rose (18th of Kilravock), who married a Hugh Rose (of Brea and Broadley, presumably a cousin), and whose son was named Hugh Rose (20th of Kilravock). To add to this knot of namesakes was a daughter who was also known as Mrs. Rose. Poet Robert Burns visited the family in 1787 and received a memorable welcome, thanking her in writing in a letter the next year, with the kind remark: "There was something in my reception at Kilravock so different from the cold, obsequious, dancing-school bow of politeness, that it almost got into my head that friendship had occupied her ground without the intermediate march of acquaintance." While there, Burns was entertained by Mrs. Rose's niece, Miss Rose of Kildrummie, who sang two Highland airs, which Burns requested Mrs. Rose send him (she did). 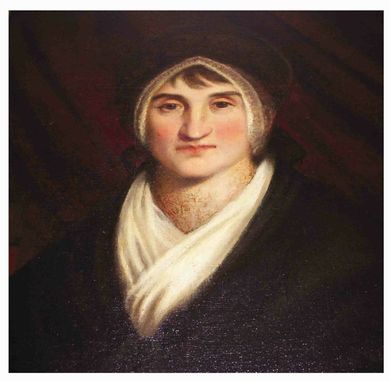 Hugh Rose, ‎Lachlan Shaw and ‎Cosmo Innes, in their Genealogical Deduction of the Family of Rose of Kilravock (1848) described her as:

...the choice companion, the leader of all cheerful amusements, the humorous story-teller catches and glees,, the clever mimic, the very soul of society... she sung the airs of her own country, and she had learned to take a part in to make up the party with her father and brother. The same motive led her to study the violin which she played like male artists, supported against her shoulder. The guitar she learned, to humour her dear old Uncle Clephane, and she continued it to delight all her friends The spinet and guitar were her companions in all her changes of abode and changes of fortune, which she loved to write of as great and disastrous....She was enthusiastic and yet steady in her friendships; benevolent, hospitable, kind, and generous beyond her means...

She impressed Burns who mentioned her twice in his Journal that she was "a true chieftain's wife, a daughter of Clephane," later remarking: "Old Mrs Rose, sterling sense, warm heart, strong passions, honest pride, all in an uncommon degree--Mrs Rose jnr. a little milder than the Mother, this perhaps owing to her being younger."

Back to Mrs. Rose of Kilravock's Strathspey