Back to New Brunswick Breakdown[edit] 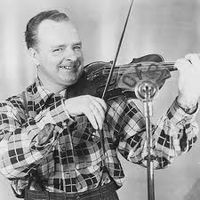 NEW BRUNSWICK BREAKDOWN, THE. Canadian, Breakdown. C Major. Standard tuning (fiddle). AABB. Canadian Radio and TV fiddler Don Messer had an early success with his New Brunswick Breakdown show, which originated from Saint John, NB, and was heard on the eastern network of the Canadian Radio Commission, a forerunner of the CBC. According to the CBC Program Schedules of Friday, Sept. 14th, 1945, and Wednesday, May 1st, 1946, Messer and his group The Islanders broadcast the tune ("As the dancers gather for the hoedown tonight, Don Messer and His Lads play such provocative favourites as...").

Back to New Brunswick Breakdown[edit]