Find traditional instrumental music
This is the stable version, checked on 29 April 2022.
Jump to: navigation, search 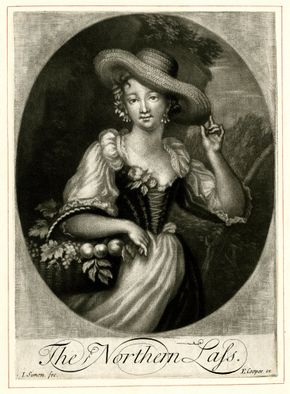 The ballad is to be found in Roxburghe, ii. 161, and is there called "The Fickle Northern Lass, or the Wrong'd Shepherd's Resolution," &c. Tune of "There was a lass in the North Country." It begins:--

There was a lass in the North Country,
And she had lovers two or three
But she unkindly dealt by one
Who had to her great favour shewn.
Which made him this for to complain--
I never shall see my love again,
For since she had chang'd her mind,
I'll trust no more to womankind.

John Glen (Early Scottish Melodies, 1900) says Playford's version was arranged for the violin, "and seems to have been copied from some pipe-version of the air." He notes that the versions in ballad-operas differ considerably, as do the two versions contained in The Merry Musician, where one is a song by D'Urfey, while the other is from the ballad-opera Momus turn'd Fabulist. Glen is of the opinion that the Walsh, D'Urfey and other versions resemble the Scottish "Muirland Willie," but are much inferior.