Back to Old Tar River[edit]

OLD TAR RIVER. AKA - "Old Tare River." American, Air (2/4 time). G Major. Standard tuning (fiddle). One part. The original song was written and composed by Joel Sweeney (1810-1860) around 1840, but over the years developed at least one other text (Robert Winans). An advertisement for the Bowery Amphitheatre, No. 37 Bowery, in the New York Herald of 1842, touts "Mr Sweeney for Two Nights": 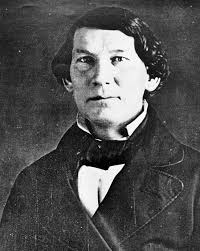 Mr. Sweeney in his favorite song of "Old Tar River, or the Serenade of My Lovely Dinah."

It was sung by the Virginia Minstrels in New York a year later, with the song described: "Old Tar River--or the incidents attending a Coon Hunt." A member of the troupe, Frank Brower, was credited with introducing the playing of the bones onstage during a Fourth of July, 1841, performance in Lynchburg, Virginia, when he accompanied Dan Emmett in the then new song "Tar River"

Back to Old Tar River[edit]