Back to Old Towler 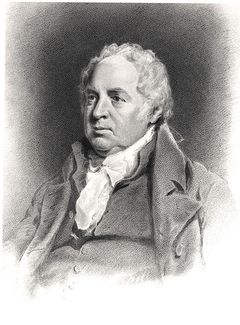 Shield wished O'Keefe to write a hunting bravura in order that he himself might write a composition to suit Mrs. Matyr's peculiar staccato style of singing. "Old Towler" (originally "Fleet Ringwood") was the result. Mrs. Matyr first sang the song in O'Keeffe's opera, The Czar, acted at Covent Garden in 1790, but Incledon afterwards took over the song, and made it a great success. It was he who made the alteration from Ringwood to Towler. O'Keeffe, in some doggerel rhymes, alludes to this as follows:--

And Shield, thou soul of harmony,
A hunting song composed for me.
The dawn proclaimed by chanticleer,
Who saw The Czar my song might hear;
But Incledon my song he sing would,
'Old Towler leads the cry'--not Ringwood. 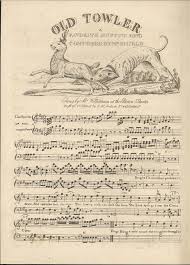 "Old Towler" was adopted as a military march by the 53rd Foot (Light Infantry) in 1881. The name Old Jowler/Towler has long been associated with canines, especially those breeds with jowls, like beagles. For example, Lydia Maria Child's (1802-1880) familiar elementary school song entitled "The New England Boy's Song about Thanksgiving Day" (better known to us as "Over the River and Through the Woods"), has the lines:

Over the river, and through the wood-
Old Jowler hears our bells;
He shakes his pow,
With a loud bow wow,
And thus the news he tells.

William Makepeace Thackery's burlesque The Tremendous Adventures of Major Gahagan, gives the name Jowler to the regimental Colonel of Major Goliah O'Grady Gahagan, presumably for the comic association. "Old Towler" was the regimental march of the King's Shropshire Light Infantry. The melody was in the repertoire of Gloucestershire fiddler Stephen Baldwin (1873-1955).

Back to Old Towler