Over the Water to Charlie (1)

Find traditional instrumental music
This is the stable version, checked on 21 September 2020.
Jump to: navigation, search

Back to Over the Water to Charlie (1)

OVER THE WATER TO CHARLIE. AKA - "Charley Over the Water," "Over the River to Charlie," "Over the Water [2]." AKA and see "Irish Lilt (7)," "Ligrum Cush," "Lacrum Cosh," "Marquis of Granby (The)/Marquess of Granby (The)," "Pot Stick," "Sean Buidhe/Seán Buí" (Yellow John (1)) "Shambuy (The)/Shambuie (The)," "What Will You Do When the War Will Come?," "Wishaw's Delight," "You’ll Never be any Good." Scottish (originally), English, American; Air, Jig and Morris Dance Tune (6/8 time, with an irregular measure in the 'B' part). A Major (Raven): G Major (Alewine, Kennedy, Kerr, Mallinson): D Major (Aird, Bremner, Gibbons). Standard tuning (fiddle). AABB (x4). A Jacobite (i.e. Highland supporters of Bonnie Prince Charlie) tune that was "improbably" introduced into British Guards regiments by 1764 (Winstock, 1970). That Winstock finds this improbable seems to be because the last Jacobite attempt to capture the throne of England was defeated at the Battle of Culloden in 1745, a mere nineteen years prior to the British Guards introduction. However, memories of the rising appeared to have healed even more quickly in the general populace of England, as evidenced by this excerpt from a letter written by Ralph Bigland in 1749 of an entertainment on the London stage (quoted by Emmerson, 1972): 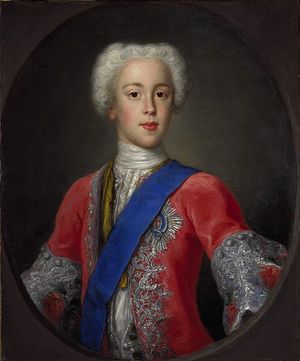 I have since I came here [London] been lately two or three times at the play and what invited me most was to see a new dance called the Scots Dance consisting of about 20 lads and lasses dress'd after the Highland fashion. The scene represents a very romantic, rocky, or mountainous country seemingly, at the most distant view you behold a glorious pair (which far surpass all the other actors) sitting among the rocks, while the rest are dancing below among groves of trees. Some are also representing with their wheels a spinning; all the while the music plays either Prince Charlie's minuet or the Auld Stewarts Back Again. At last descends from the mountains the glorious pair which to appearance is a prince and princess. Then all the actors retire on each side while the royal youth and his favourite dance so fine, in a word that the whole audience clap their hands for joy. Then in a moment the spinning wheels are thrown aside and every lad and lass join in the dance and jerk it away as quick as possible while the music briskly plays--Over the Water to Charlie, a bagpipe being in the band. In short it was so ravishing seemingly to the whole audience that the people to express their joy clap their hands in a most extraordinary manner indeed.

Though the title stems from the Jacobite era, the tune is older and has had many names (given above as alternates--see notes for "Pot Stick" and "Sean Buide")-Kate Van Winkler Keller (1992) identifies "Charlie" as having been based on a 1740's dance tune called "Potstick." However, by the late 1740's it appears in published collections with the "Over the Water" title, a title that first appeared in John Walsh's Compleat Country Dancing Master, volume the Third (London, 1749). It also was printed in David Rutherford's Compleat Collection of 200 of the Most Celebrated Country Dances (London, 1756), and in a few publications by Charles and Samuel Thompson, including their 1757 country dance collection, and a tutor for the hautboy (oboe) printed in 1758 and again in 1770. Cheapside, London, musician Walter Rainstorp included it in his music manuscript copybook, begun in 1747, as did London flute player John Simpson (1750). If the "Over the Water" title is taken to be a shortened version of "Over the Water to Charlie" (and not a complete name in itself), it is remarkable in that the Walsh volume appeared only a few short years after The Pretender's defeat at Culloden (1745) and his exile to France. Prince Charles Edward Stuart (1720-1788) was indeed 'over the water', in France with a price on his head should he return to Britain, growing old, fat and alcoholic, while his air was advancing in popularity through the 18th century.

Samuel Bayard (1981) maintains that at some point the tune was altered and a new group of variations formed using the second half of the "Charlie" tune as the first strain and adding a different second strain. This second group is usually known as "Blow/Blaw the Wind Southerly" (after song lyrics) or "Kinloch of Kinloch" {a title which first appeared in 1798 in John Watlen's Second Collection of Circus Tunes}. Other early printings of the tune can be found in expatriate Scottish musician James Oswald's Caledonian Pocket Companion (book 4, p. 7, c. 1752), the [James] Gillespie Manuscript of Perth (1768), Jonathan Fentum's Compleat Tutor for the German Flute (London, 1766), and Robert Bremner's 1757 collection (p. 16). A three-verse version exists in Johnson's Scots Musical Museum (Edinburgh, 1788) and it appears in Hogg's Jacobite Relics (early 1800's). Others find Bayard's argument spurious and see little to suspect a supposed relation between "Over the Water to Charlie" and "Kinloch/Blaw the Wind Southerly" groups of tunes except a brief bit of similar melodic material in the beginning measures.

"Over the Water to Charlie" was employed variously as an accompaniment to dancing in the British Isles and was imported as a dance tune to America. A morris dance version was collected in the village of Bledington, Gloucestershire, in England's Cotswolds, while country dance instructions, but not the melody, appear in the Scottish Menzies Manuscript, 1749 (contained in the Atholl Collection of the Sandeman Library, Perth). The title appears in Henry Robson's list of popular Northumbrian song and dance tunes ("The Northern Minstrel's Budget"), which he published c. 1800, and in the music manuscript collections of Joseph Kershaw and Joshua Gibbons (see below). In America, the tune appears in Giles Gibbs' MS collection made in 1777 in East Windsor, Connecticut, and in the music copybook of Henry Livingston, Jr. Livingston purchased the estate of Locust Grove, Poughkeepsie, New York, in 1771 at the age of 23. In 1775 he was a Major in the 3rd New York Regiment, which participated in Montgomery's invasion of Canada in a failed attempt to wrest Montreal from British control. An important land-owner in the Hudson Valley, and a member of the powerful Livingston family, Henry was also a surveyor and real estate speculator, an illustrator and map-maker, and a Justice of the Peace for Dutchess County. He was also a poet and musician, and presumably a dancer, as he was elected a Manager for the New York Assembly's dancing season of 1774-1775, along with his 3rd cousin, John Jay, later U.S. Chief Justice of Governor of New York.

Words to the melody can be found in several collections. The following are from the Scots national poet, Robert Burns:

I lo'e weel my Charlie's name,
Tho' some there be abhor him:
But O, to see auld Nick gaun hame,
And Charlie's faes before him!

I swear and vow by moon and stars,
And sun that shines so early!
If I had twenty thousand lives,
I'd die as aft for Charlie.

And these from the Ettick Shepherd, James Hogg (Jacobite Relics):

I swear by moon and stars sae bright,
And sun that shines sae Dearly,
I would give twenty-thousand lives
I'd given them all for Charlie.

Once I had sons, but now I've gat nane,
I've treated them all sae sairly.
But I would bear them all again,
And lose them all for Charlie

In old Britain it was customary to drink to the monarch at all convivial gatherings, a custom known as the 'loyal toast'. Those with Jacobite sympathies managed to make this a palatable experience by surreptitiously "holding their glasses over the water-bottle, thereby signifying to those in the secret that they drank to 'The King over the Water'-to the exiled Stuart, not to the usurping Hanoverian" (Hawkwook, 1909).

Rhythmically adjusted, the air of "Over the Water to Charlie" has served as the melody of the fling known as, among other titles, "Loudon's Bonnie Woods."

Back to Over the Water to Charlie (1)