Back to Prince William 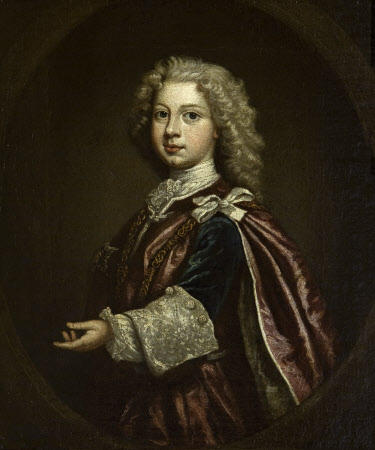 William Augustus as a boy.
PRINCE WILLIAM. English, March or Country Dance Tune (4/4 time). USA. D Major (Brody): A Major (Barnes, Johnson, Miller & Perron, Sweet): G Major (Barber). Standard tuning (fiddle). AABB. The title commemorates Prince William Augustus [1] (1721–1765), the Duke of Cumberland, third and youngest son of King George II. Although his military career was generally lackluster, William was hailed in England as the ‘hero of Culloden’ in 1745 for his defeat of Bonnie Prince Charlie Stuart's Jacobite army. However, due to his brutal suppression of the Highlands following the battle he also earned the sobriquets 'Bloody Cumberland' or 'Butcher Cumberland.'

The tune and dance instructions harken back to his more gentle childhood years, however, and first appeared in print in London music publisher John Walsh's Complete Country Dancing Master in 1731 (and several other subsequent publications by the music publisher), when the prince would have been but ten years old. It also appeared in rival publisher John Johnson's Wright's Complete Collection of Celebrated Country Dances of c. 1740, edited by London dancing master Daniel Wright who devised a three-couple country dance for it.

"Prince William" was given new life in the 1970's when it was employed as a march for New England (and then North American) contra-dancing. It was quite popular for a time, appears on numerous recordings of contra dance music of the period, and was published in several collections. The English traditional music band Brass Monkey heard the tune played by contra dance musicians while on a tour in America, brought it home with with them and recorded it in 1986, reintroducing it to English audiences.

Back to Prince William