Push about the Jorum (1)

Back to Push about the Jorum (1)

PUSH ABOUT THE JORUM [1]. AKA and see "Betsy Baker (1)," "Captain O'Neill," “Lads and Lasses (2),” "McClellantown Hornpipe," "Rowan Tree (1) (The)," "Rattle the Bottles (1)." Scottish, English; Air, Country Dance, Strathspey or Reel (cut time). G Major. Standard tuning (fiddle). AB (Cole): AAB (Athole, Gow, Lowe, O’Farrell): AABB' (Kerr). The title “Push about the jorum” means 'hurry up and pass the whiskey jar'. A jorum was “a chamberpot, used as a mug in drinking healths or toasts” (c.f. Legman, notes pp. 176-177 in The Merry Muses of Caledonia, by Robert Burns), and as such can be considered a ‘convivial tune’. Burns (no stranger to convivial assembly) used the tune as the vehicle for his bawdy songs “The Summer Morn” and “There’s Hair On’t.” He must have liked the tune, for he used if for two other of his songs, "Does Haughty Gaul Invasion Threat?" and "The Dumfries Volunteers."

The melody was employed for several other (non-Burns) songs as well, such as Hudson's "Betsy Baker (1), James Payne's comic song "Patents all the rage," sung by Mr. Munden at the Theatre Royal Covent Garden, W. Ball's "The British Sailor's Lament," and "Ye Stockton Lads and Lasses" (printed in Ritson's Durham Garland). In fact, William Chappell (The Ballad Literature and Popular Music of the Olden Times, Vol. II, 1857) wrote that "Push about the Jorum" was originally known as the melody for "Touch the thing," "being a vulgar song with a good tune; Miss Catley sang other words to it in The Golden Pippin, and with great success. From that time comic songs have been written to it without number." The "other words" sung by actress Ann Catley (1745-1789) that Chappell referred to were written by Irish playwright Kane O'Hara [1] (1711-1782) for his three-act burletta Golden Pippin (1773, Air IV). He has his character Iris serve a group with goblets on a tray, while singing: 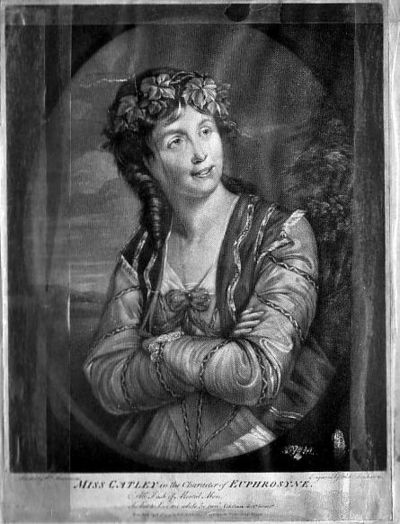 When bickerings hot
To high words got,
Break out at Gamiorum;
The flame to cool,
My golden rule
Is--push about the jorum!
With fist on jug,
Coifs who can lug,
Or show me that glib speaker,
Who her red rag
In gibe can wag,
With her mouth full of liquor.

As the scene ends, the characters drink and exit the stage and all sing in chorus:

The golden rule
Is--Push about the jorum.

The song, which O'Hara directed to be sung to the tune of "Touch the thing you bastard," was printed in period songsters such as The Goldfinch, or New Modern Songster (1782).

Instrumental versions of the melody were first printed in England, and "...Jorum" appeared in several country dance collections beginning with Walker's Hibernian Magazine (1775), Longman, Lukey & Broderip’s Bride's Favourite Collection of 200 Select Country Dances, Cotillons (London, 1776), followed by Thomas Skillern’s Compleat Collection of Two Hundred & Four Reels...Country Dances (1780), Charles and Samuel Thompson’s Compleat Collection of 200 Country Dances. Vol 4 (1780), and Longman and Broderip's Compleat Collection of 200 Favorite Country Dances (1781). From these and similar publications the tune was picked up by amateur musicians and appears in a number of period copybooks and commonplace books, including those of John Carter (England, 1792), Jeremiah Brown (1792, Seabrook, New Hampshire), fifer John Miller (1798, Strabane, Londonderry), Ebenezer Bevens (c. 1825, Middletown, Connecticut), and John Rook (1840, Waverton, Cumbra); all under the title “Push about the Jorum.” It appears under a different title, “Lads and Lasses (2),” in the manuscript collections of William Vickers (1770, Northumberland) and Joshua Jackson (Yorkshire), and as "Betsy Baker" in George Spencer's manuscript (1831, Leeds, Yorkshire). A version also appears in Bayard (1944) as an untitled reel, collected in the mid-20th century in western Pennsylvania; see his note for "Honeycomb Rock (The)."

Back to Push about the Jorum (1)