Find traditional instrumental music
This is the stable version, checked on 26 January 2022.
Jump to: navigation, search

Back to Rippling Water

RIPPLING WATER(‘S JIG). Canadian, American; Jig or Quadrille. USA, northern New York, Arkansas. Canada, Prince Edward Island. G Major ('A' part) & D Major ('B' part){Bayard}: E Major (‘A’ part) & A Major (‘B’ part) {Perlman}. Standard tuning (fiddle). AB (Bayard): AABB’ (Perlman). Maritime fiddler Don Messer (1909-1973) popularized the tune, which is associated with him and is now widespread in Canada and the northern United States, and even parts farther south. It is sometimes attributed to Messer, but there is no evidence that he composed the tune and he did not claim it. The second strain is reminiscent of "Portland Fancy (1)," although the parts are reversed in various versions. The title appears in a list of traditional Ozarks Mountains fiddle tunes compiled by musicologist/folklorist Vance Randolph, published in 1954. 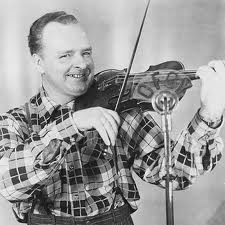 Back to Rippling Water