RYE STRAW [1]. AKA and see "Alabama Waltz" (Mississippi title), “Big Fish,” “Black My Boots and Go See the Widow,” "Dog Shit a Rye Straw," "Dog in the Rye Straw," "Dog in Difficulty (The)," "Illinois Whiskey," "Joke on the Puppy (The)," "Lady's Fancy," "Ladies Fancy (4)," "Preacher's Favorite," "Unfortunate Pup (The)," "Unfortunate Dog (The)," "Whoop from Arkansas (A)," American, Reel (cut time). USA; North Carolina, Georgia, Alabama, Mississippi, Tennessee, Kentucky, West Virginia, Virginia, Indiana, Arkansas. D Major (most versions): A Major (Frank Kittrell, Silberberg): G Major (Doc Roberts). Standard or ADae (Frank Kittrell) tunings (fiddle). AA’B (Titon): AABB (Brody, Kittrell, Spadaro): ABC (Silberberg): AA'BBCC (Phillips): AABBCC (Ford): ABCCB' (Krassen): AABCCCCDD (Reiner & Anick). "Rye Straw" is a reel characterized by a shifting tonal center from D major to A mixolydian, with some versions emphasizing one or another of the centers. The melody was known throughout the South and Midwest under a variety of (mostly related) titles, but appears to have first been published in the 1876 collection by blackface minstrel performer and composer George H. Coes of Boston, Mass., as "Whoop from Arkansas (A)" and later by Missouri physician W.H. Morris (Old Time Violin Melodies, 1927, No. 28) as "Acrobat." Marion Thede published Ozarks region versions as "Preacher's Favorite" and "Ladies Fancy (4)" in her The Fiddle Book (1960). The title "Rye Straw" appears in two of the lists of fiddle tunes in the Berea Tune Lists, collected from informants from east Tennessee and east Kentucky as a student project in 1915 under the auspices of Prof. John F. Smith.

Charles Wolfe (1983) states 20th century fiddler Doc Roberts [1] (1897-1978, Ky) used to sing "a scatological ditty involving a dog, a grubbing hoe, and a straw" to the tune, from which several of the alternate titles stem from. Alan Jabbour notes "it refers to a cycle of vulgar jingles that conjure up a dog excreting fantastical things." Joel Shimberg learned the following words to “Rye Straw” from Missouri fiddle tune collector Bob Christeson (1911-1922):

These lyrics were sung to a different melody called “Pigtown Fling” by a Michigan fiddler (via Paul Gifford), but are clearly a variation of the above.

West Virginia fiddler Ernie Carpenter remarked that the version fiddled by the regionally influential musician Lewis Johnson “Uncle” Jack McElwain (1856-1938) of White Oak (a tributary of Laurel Creek, near the village of Erbacon, Webster County, West Virginia) was so good that: “When Jack ‘Wain played it, you had to open the door and let the stink out” (Milnes, Play of a Fiddle, 1999). Early Grand Ole’ Opry star Uncle Dave Macon, a singer and banjo player, recorded the tune in 1938 (accompanied by a fiddler, identified by the late musicologist Charles Wolfe as Tennessee fiddler Charlie Arrington, who had also been a member of Paul Warmack & His Gully Jumpers) at the end of the song “Johnny Grey” (a version of the ballad “Peter Gray”). 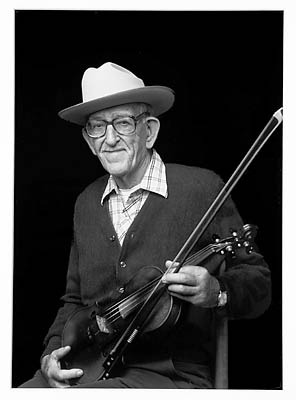 It has been variously mentioned as having been played by Rock Ridge, Alabama, fiddlers around 1920 (Bailey), and was mentioned in the autobiography and newspaper accounts of Tom Freeman of Cullman County, Alabama, and also in reports (1926/31) of the De Kalb County Annual (Fiddlers') Convention (Cauthen, 1990). It was one of the tune recorded by the Atlanta Constitution in an article on the April, 1913, Atlanta fiddler’s convention, as played by C.C. Moon of Logansville, Ga. (Wayne W. Daniel, 1990) . Influential Mt Airy, North Carolina, fiddler Tommy Jarrell knew the tune as "The Joke on the Puppy," though its most common name seems to have been "Rye Straw." A version of this tune is called "Lost Indian," a floating title. The tune was recorded for the Library of Congress by folklorist/musicologist Vance Randolph from Ozarks Mountains fiddlers in the early 1940's. Randolph listed the tune among those Ozarks fiddle tunes that he knew the name of, published in Midwest Folklore (1954), but this title for the tune, "Dog Shit a Rye Straw," was too much for the editors who deleted it, much to Randolph's lasting disgust. Randolph noted, "Years ago Marion Hughes wrote: "There is one tune I think every fiddler in Arkansas can play. It has a great many names but is commonly called 'A Dog in Difficulty,' or 'The Unfortunate Pup.'" Randolph, like Thede, also heard Ozarks fiddlers refer to it as "Lady's Fancy/Ladies Fancy (4)", noting that his friend George Baize always played it under that title:

I heard him play i near Reeds Spring, Mo., in 1939, and the caller shouted "Rye Straw!" at intervals during the dance. The male dancers barked out loud, and the ladies waggled their tails in a singularly canine fashion. [1]

It's hard to imagine today's female square dancers acquiescing to a dance called "Lady's Fancy" in which they are required to shake their anatomy on demand from the caller.

John Hartford printed the following lines in his transcription, sung to the song:

"Rye Straw" is mentioned in a poem by Richard L. Dawson entitled "The Hoosier Fiddle," printed in the Indiana State-Sentinel [Indianapolis] of July 29, 1885, p. 6:

Bring up the Hoosier fiddle,
And play me the rollicking reels,
That gave such joy to the country boy,
And shake the old farmer’s heels;
Put by the waltz and the schottische,
And the operatic airs.
And give me a whirl with the Hoosier girl,
To the tunes that lighten my cares!

Set the wild “Gray Eagle” screaming,
Let the “Rye Straw” tickle my ear,
And fully as rich as old “Leather Breeches”
Are “Burnt Woods” and “The Forked Deer.”
Chase the “Possum Up the Gum Stump,”
From “Natchez Under the Hill.”
Wave the “Mullen Stalk” from “Hanging Rock,”
O’er the “Sunk Lands” dark and still!
Then fiddle me down to “Clear Creek,”
To that “Nine-Mile Island” of yours,
While the current rolls o’er “Mussel Shoals,”
And into “Broad Ripple” pours.
Then stir up “Hell on the Wabash,”
Let us hear “Five Miles Out of Town,”
“The Jaybird,” when “The Cackling Hen”
“The Black Cat’s” wail shall drown!

In “The Awkward Reel” comes dancing
“Sally Goodin” and rough “Buck Horn,”
And “The Wagoner” passes by waving grasses
And the rustle of “Yaller Corn.”
With “Billy in the Low Grounds,”
The “Injun Creek” we ford.
Then “Jump Up, Joe,” for still, you know,
There’s “Sugar in the Gourd.”

Then tune for the rich fantasias,
“Big Piney” so plaintive and slow,
Let “The Wild Goose” call, and the echoes fall,
From the “Walls of Jericho;”
So come to the rare “Lost Injun,”
And play it again and again,
Let its golden streams flow on in my dreams
And play no other then.

I listen and dream of my boyhood
In the heart of the Hoosier hills,
And the old days rise before my eyes
When the fiddle my memory thrills;
I think of the farmer singing
While the dinner is on the fire,
And the strange wild calls the fiddler bawls,
While the dancers never tire.

Yes, bring up your resonant fiddle,
And play for me far in the night,
Till the cares of the day are swept away
And sorrow has taken flight;
For all the heaven of music
No sweeter melody swells
Than the fiddle sings from bow and strings,
Where the happy Hoosier dwells.[2]