Find traditional instrumental music
This is the stable version, checked on 8 October 2021.
Jump to: navigation, search

Back to St. Louis Tickle 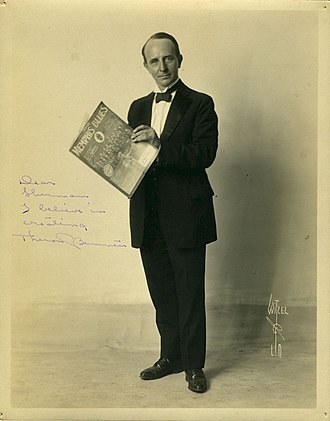 ST. LOUIS TICKLE. AKA - "Saint Louis Tickle." American, Ragtime (cut time). C Major. Standard tuning (fiddle). "St. Louis Tickle" was composed in celebration of the Louisiana Purchase Exposition, informally known as the St. Louis World's Fair, a grand international event held from April to December, 1904. It was composed two years after he graduated college by pianist, mandolin orchestra leader, ragtime composer and music publisher Theron C. Bennett, who used the pseudonym Barney & Seymour for the composition. Although born in Missouri, Bennett had removed to Los Angeles by the 1920's, where he formed a jazz band composed of USC students. "St. Louis Tickle" was very popular with pianists and was recorded frequently from the early 20th century; it received a new audience through the arrangement for guitar and popularization by blues and folk performer Dave Van Ronk. The second strain of "St. Louis Tickle" is said to have been derived from Funky Butt [1], "whose vulgar lyrics delighted street urchins and young men about town alike." "Funky Butt" the song (as opposed to the dance of the same name) was one of the signature pieces of Charles "Buddy" Bolden (1877-1931), an African-American cornetist and a key figure in the development of New Orleans style ragtime. The piece was later named "Buddy Bolden's Blues," copyrighted by Jelly Roll Morton, who recorded it in 1938 for Alan Lomax and the Library of Congress, although Bolden's trombonist Willy Cornish claimed authorship. Both Bolton's blue and "St. Louis Tickle" are thought to have derived, at least in part, from an 1899 piece published under the title "A Cakewalk in the Sky" (by a White ragtime composer, Ben R. Harney, 1871-1938) prior to Bennett's borrowing for "St. Louis Tickle." According to Wikipedia , "'Funky Butt' was one of many in the Bolden repertory with rude or off-color lyrics popular in some of the rougher places where he played...It became so well known as a rude song that even whistling the melody on a public street was considered offensive" [2]. See also the stylistically similar “Georgia Stomp.”

The 1906 recording of "St. Louis Tickle" by five-string banjo wizard Vess Ossman, accompanied by mandolin and harp guitar played by Audley and George Dudley, has been described as one of the first string band recordings, and was one of the relatively early U.S. popular records to prominently feature the mandolin (an instrument that found a vogue in the 1890's) [3].

See also listing at :
Hear the Humphries Brothers 1930 recording at Slippery Hill [1] and youtube.com [2]
Hear Wyton Marsalis and his band play "Funky Butt" (I thought I Heard Buddy Bolton Say) at youtube.com [3]
Hear the Victor Dance Orchestra's 1905 recording of "Cakewalk in the Sky" [4]

Back to St. Louis Tickle