Find traditional instrumental music
This is the stable version, checked on 10 October 2021.
Jump to: navigation, search

Back to Walls of Jericho (1)

WALLS OF JERICHO [1]. AKA and see "Drunken Hiccups (1)," "Frosty Morning (3)," "Rye Whiskey (1)." American, Listening Piece (3/4 time). USA; southwestern Va., western North Carolina. A Major. AEac# tuning (fiddle). AABB'. "Walls of Jericho" is a version of a tune widespread in the South, the Midwest, and down to Texas, with a variety of titles and variants, but all in the distinctive AEac# cross-tuning of the fiddle, essential to playing the pizzicato notes over a low 'A' note. According to Tom Carter and Blanton Owen (1976) the sections of the tune were considered by source fiddler Munsey Gaultney ( b. 1906) [1] to represent scenes from Joshua's struggle at the walls of Jericho. Gaultney said he had learned "Walls of Jericho" from an 85 year old fiddler by the name of William Hurley, and that Hurley (who was "some kind of music teacher") had himself learned the tune from his own father when he was a little boy[1]

Gaultney's piece has broad similarties to "Jack of Diamonds (3)," although it is a different tune. Sam McNiel of the Floyd County Ramblers also had a piece by this title in the same AEac# cross-tuning; a similar, but distinct tune. 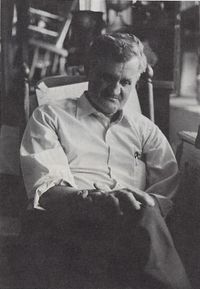 A tune by called "Walls of Jericho" was recorded for the Library of Congress by musicologist/folklorist Vance Randolph from the playing of Ozarks Mountains fiddlers in the early 1940's. Arkansas fiddler Violet Hensley’s family played a tune called “Jericho” in the same cross-tuning with pizzicato notes, and Mark Wilson suggests both are versions of a common ancestor.

Back to Walls of Jericho (1)