Find traditional instrumental music
This is the stable version, checked on 8 February 2020.
Jump to: navigation, search

BONNIE BUNCH OF ROSES [2]. Irish, Air (4/4 time). D Major. Standard tuning (fiddle). AAB. The 'bonny bunch of roses' were the prize Napoleon strove for, but could not conquer--England, Wales, Ireland and Scotland. One of the most widespread of Napoleonic songs, it takes the form of a conversation between Marie Louise and her son and gives the highlights of Napoleon's life, though emphasizing the retreat of the Grand Army from Russia. The ambitions of the young Napoleon reflect that of his father. It begins:

By the margins of the Ocean, one morning in the month of June,
Where feathered, warbling, songsters, their charming notes did sweetly tune.
There I beheld a female, she seemed to be in great grief and woe,
Conversing with young Bonaparte,
Concerning the bonny bunch of roses, O. 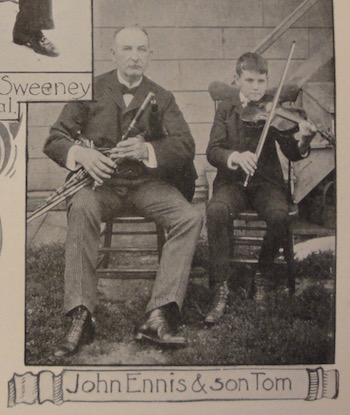