Back to Annie Laurie

ANNIE LAURIE. AKA - "Annie Lawrie." Scottish, Air (4/4 time) or Strathspey. D Major. Standard tuning (fiddle). One part (Bain): AAB (Davie, Neil): AABB (Kerr). Neil (1991) writes that the air and a portion words were written by Lady Jane Scott (1810–1890), after an old ballad composed by Douglas of Fingland in honor of Annie, the youngest daughter of Sir Robert Laurie, 1st Baronet of the Maxwelton family, whose seat of Maxwelton was located on the banks of the valley of Bairn in Dumfriesshire, Scotland. Sir Robert and Annie were lovers, though secret ones, who had met at a ball in Edingburgh; they trysted often in the woods around Maxwelton, but Robert, committed to the Jacobite cause, was eventually forced to flee the country. J. Murray Neil (1991) informs us: "It is said the Annie was very slim and graceful. She was a classic beauty with a longish face, large blue eyes and brown hair, which she left unpowdered, contrary to the custom of the day. Her hands and feet were small so that the reference in the ballad ("Like dew on the gowan lying, Is the fa' o;' her fairy feet") would seem to be based in fact." Lady Scott's song enjoyed great popularity, which only waned after the Second World War. She was the eldest daughter of her generation of the Spottiswoode family and married John Scott, the third son of the Duke of Buccleugh. He died in 1860, but ten years later Lady Jane inherited the estates of her family of origin, near Lauder in Berwickshire, and, in accordance with her father's will, returned to her maiden name, Alicia of Spottiswoode, when she assumed the property. As a parlor song it was popular in the English speaking world in the late Victorian era [Neil]. 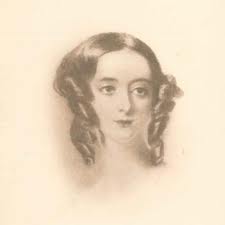 
Back to Annie Laurie