Duke of Gordon's Birthday (The)

Find traditional instrumental music
This is the stable version, checked on 30 April 2021.
Jump to: navigation, search

Back to Duke of Gordon's Birthday (The) 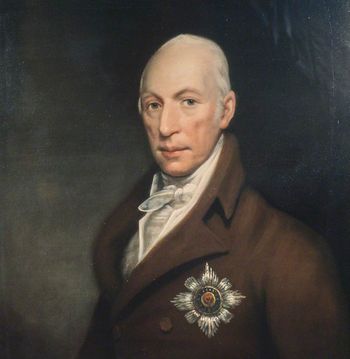 It was first published in Marshall's First Collection of 1781, and later appeared in a Gow's Repository (First Part) in 1799. Paul Stewart Cranford (1995) remarks that some of Marshall's tunes have been in oral tradition so long in Cape Breton, Nova Scotia, that local sets have evolved; this is one such tune and numerous Cape Breton versions exist, sometimes distanced from Marshall's original. Dunlay and Greenberg (1996) note that "The Duke of Gordon's Birthday" is often used as a stepdance strathspey on Cape Breton, and Perlman (1996) records that it is the most widely played strathspey on Prince Edward Island (though the tune is distanced from its original form). Gaelic port-a-beul words have become attached to the tune, called "A' Chaora Ruadh" (Red Sheep (The)), and a verse by Cape Breton storyteller Joe Neil MacNeil can be found in the booklet accompanying Topic 12TS354. A pipe setting is to be found in the music manuscript collection (No. 63) of piper Robert Millar, "Forfar Reg. and Piper to the Aberdeen Highland Society, 1820," taken from the playing of piper J. Buchanan, "Piper to the Marquis of Huntly."

In County Donegal, Ireland, the tune is played as a Highland where it is well-known under the title "Casey's Pig." County Leitrim fiddler and piper Stephen Grier (c. 1824-1894) entered a reel setting of "Duke of Gordon's Birthday" in Book 2 of his large c. 1883 music manuscript collection (Grier No. 266). In America, the "Duke of Gordon's Birthday" was included in the c. 1800 music manuscript copybook of musician William Patten, perhaps of Philadelphia, Pa.

Back to Duke of Gordon's Birthday (The)