Find traditional instrumental music
This is the stable version, checked on 29 June 2019.
Jump to: navigation, search

Back to Mississippi Sawyer (1)

MISSISSIPPI SAWYER [1]. AKA and see “Downfall of Adam,” "Downfall of Paris (The)," "Fish on a Snag," "Mississippi Jubilee," "Love from the Heart," "Quadrille des seigneurs 5ème partie." Old Time, Breakdown. Widely known. USA; Virginia, Tennessee, Georgia, Mississippi, Texas, Oklahoma, Arkansas, Missouri, Pa. D Major (most versions): D Mixolydian (S. Johnson). Standard tuning (fiddle). AABB. An extremely well-known old-time fiddle tune. One of the earliest printings of a tune by this title is in George P. Knauff's Virginia Reels, volume IV (Baltimore, 1839), where it appears under the title "Love from the Heart" (Knauff also printed a "Mississippi Sawyer (2)" in volume I of his Reels, but this tune is no relation to "Mississippi Sawyer [1]"). Alan Jabbour believes that versions printed in older tune collections suggest the coarse part of the tune was played first, though the fine part is almost universally heard played first among Southern fiddlers in the 20th century. The tune has been known to American fiddlers since the early 19th century, and older fiddlers frequently give the tune's title as "Downfall of Paris (The)." The melody was known particularly in Texas around 1935 as "Downfall of Paris" and was recorded in 1939 (for the Library of Congress) in Tishomingo County, Mississippi, under that title from the playing of John Hatcher. W.H.A. Williams suggests the first section of the Irish tune "Rakes of Mallow (The)" was "appropriated" as the first strain of "Mississippi Sawyer."

Charles Wolfe elucidates the the title and states that a 'sawyer' was a boatsman's term for an uprooted tree whose roots had become partially anchored to the bottom of the stream bed. Though anchored, the river's currents would cause the trunk to bob up and down, often causing the tree to break surface rather suddenly in front of an unsuspecting river craft. On the Mississippi the problem was of such proportions that special government 'snag boats' patrolled the river in order to protect against such menaces. He opines: "Since the Mississippi River trade played a large role in the economic life of most Americans of the 19th century, it could be expected that most fiddlers of the period would have known what a 'Mississippi Sawyer' was, whereas the term's significance has been lost to the majority of contemporary fiddlers" (notes to Rounder Records "Gid Tanner and the Skillet Lickers The Kickapoo Medecine Show"). Mark Twain, a licensed riverboat pilot in addition to being a renowned writer, knew well the potential menace of sawyers in the river and used the term in fashioning the name of his literary hero, Tom Sawyer.

Ford (1940) relates: "This tune seems to have a strong appeal among old time fiddlers. The writer has heard it at old fiddlers' concerts from coast to coast. When played by a fiddler who loses himself in the swing of its rhythm, his listeners may hear the faint tinkle of anvils, the clinking of horseshoes, and the wetting of sickles and scythes and cradles. It is lively and exciting, yet soothing. The authorship is credited to an early sawmill owner, who set up his mill somewhere near the junction of the Ohio and Mississippi rivers. The first enterprise of its kind so far West, it created widespread interest among a people whose only means of producing building materials had been the ax, maul, wedge and rive, and the broadax and adz. Always referred to as 'The Mississippi Sawyer,' the millwright became a noted character and people congregated daily at his mill from miles around. It was a tradition among a later generation that the celebration following the test run of the mill was the occasion for a picnic that lasted for days. The picnickers came in covered wagons, well supplied with good things to eat, and pitched camp in the woods near the mill. All hands took part in handling the logs and lumber as the work got under way, and tables and a dance platform were speedily built of the first boards from the saw. After the day's work an open air banquet was served by the woman, and when it was learned that the sawyer was also a fiddler he was immediately chosen by acclimation to play the opening tune of the dance. Thus came into being 'The Mississippi Sawyer', one of the rare old tunes of American fiddle lore."

Emmett Lundy of Galax, Virginia, said: "This tune is a little difficult to play; they ain't many fiddlers that can lay it. They play at it, but they don't get all of it" (Reiner & Anick, 1989). He reportedly felt that fiddlers who did not note with the fourth finger but instead slid up with the third finger did not play the tune correctly. It was in the repertory of early 20th century Arizona fiddler Kenner C. Kartchner (Shumway) and also in repertoires of Uncle Jimmy Thompson (Texas, Tennessee), and Uncle Bunt Stevens (Tennessee), and Buffalo Valley, Pa., region Harry Daddario. The tune was recorded for the Library of Congress by musicologist/folklorist Vance Randolph from Ozark Mountain fiddlers in the early 1940's, and by Herbert Halpert in 1939 from the playing of Mississippi fiddlers W.E. Claunch, Stephen B. Tucker and Hardy Sharpe. “Mississippi Sawyer” is one of ‘100 essential Missouri tunes’ listed by Missouri fiddler Charlie Walden. Virginia old-time musician Wade Ward played a wonderful, crooked, version of the melody. Interestingly, the Kessinger Brother’s recording of “Mississippi Sawyer” was re-released in Québec, with a French title, “Reel Gaspesien (Le).” 78 RPM recordings were numerous (Gus Meade lists 23 early commercial sides), the earliest being North Carolina fiddler Don Richardson (1916). This was followed by releases by Al Hopkins (1926), Uncle Jimmy Thompson (1926, as “[Karo]”), Ernest Stoneman (1927), Gid Tanner (1928), and the Kessinger Brothers (1929). Arkie the Arkansas Woodchopper recorded it in 1941, and east Kentucky fiddler John Salyer was recorded playing his version (which he called "Fish on a Snag" that same year, by his sons using a home disc recording machine. 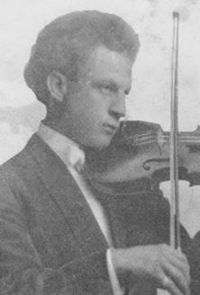 An odd, 'crooked', albeit interesting, version of the tune was recorded in 1929 by Montreal fiddler J.O. LaMadeleine as "Quadrille des seigneurs 5ème partie," the last part of a quadrille set.

Back to Mississippi Sawyer (1)