Back to Morpeth Rant (1) 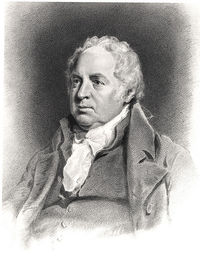 The composition is often attributed to William Shield [1] (1748–1829), a popular 18th century musician and composer originally from Swalwell, near Gateshead, Northumberland. However, as Barry Callaghan (2007) and others have pointed out, Shield often appropriated traditional or folk melodies, and "Morpeth Rant" may not be original to him. The town of Morpeth [2] is in Northumberland, a market center on the River Wansbeck serving the surrounding rural areas and the villages of the Northumbrian coalfield (Graham Dixon). It evolved around a Norman fortress called Morpeth Castle, one of several guarding the east coast routes to Scotland.

The Morpeth Rant was the name of a dance that has been performed for over almost two centuries, and numerous tunes and tune variants were played in accompaniment to it over many years; thus there are a number of tunes called "Morpeth Rant" or "Old Morpeth Rant" that have varying degrees of similarity. One version is also used as a morris dance tune. The title appears in Henry Robson's list of popular Northumbrian song and dance tunes ("The Northern Minstrel's Budget"), which he published c. 1800. "Older versions of the tune are generally in B Flat, sometimes G, and have a wider range in the 'B' part than the version usually played nowadays" (Seattle)—see note for "Morpeth Rant (2)" for more on these. Callaghan notes that the Kerr publication (c. 1880's) of the tune (generically titled "Hornpipe") includes the 'new' version of the 'B' part, and it is perhaps from this source that the version most often heard today came from. This version, explains Callaghan, was picked up in the EFDSS's Community Dance Manual No. 1 in 1949 and cemented with subsequent recordings, such as the by Jack Armstrong in 1950. "Old Morpeth Rant" is similar in the first strain, with a different second strain, but there are several tunes with this title with varying degrees of similarity. The first strain of "Morpeth Rant (1)" is shared with "Lady Ancrain's Hornpipe" although the second strains diverge.

It was one of the "missing tunes" from William Vickers' 1770 Northumbrian manuscript. The older form of the tune can be found in the music manuscript collections of C.J. Surtees (Tyneside, 1819), Joshua Jackson (north Yorkshire, 1798), Rev. Robert Harrison (Brampton, Cumbria, c. 1815, as "Princess of Wales' Hornpipe"), John Moore (Shropshire, 1830, as "New Sailor's Hornpipe") and in a manuscript by an unknown hand in the Vaughn Williams Memorial Library (as "West's Hornpipe" with an added eight bars). The tune and several variation sets was published by the Edinburgh music publishing firm of Nathaniel Gow and William Shepherd in a volume entitled A Collection of Entirely Original Strathspey Reels, Marches, Quick Steps &c., "by Ladies resident in a remote part of the Highlands of Scotland, as corrected by Nath. Gow." Unfortunately, the composers names are not given. The Leeds antiquarian Frank Kidson (1854–1926) penciled a note in his copy of the volume that the composers were, or included, “the Misses Whyte,” and modern researcher Charles Gore thinks “the Misses Whyte” may possibly be a Miss White and a Miss Brocky, of Morayshire, east Highlands.

Back to Morpeth Rant (1)