Back to Old Bog Hole (The)[edit]

OLD BOG HOLE, THE. AKA and see "Turkey in the Straw," "Natchez Under the Hill (1)," "Old Zip Coon." American, Scottish, Irish; Air and Country Dance Tune (4/4 time). A Major. Standard tuning (fiddle). AAB. The melody is related to the American tune family "Turkey in the Straw," to which 19th century lyrics were set, ostensibly Irish, but printed in New York in 1860 by Henry De Marsan [1]. The 1860 lyric (directed to be sung to the air "Old Zip Coon") begins:

The pig is in the mire, and the cow is on the grass,
And a man without a woman through the world will sadly pass,
My mother likes the ducks, and the ducks likes the drakes,
Arrah, sweet Judy Flanagan, I'd die for your sakes.
My Judy, she's as fair as the flowers on the lea,
She's neat and complete from the neck to the knee,
We met the other night our hearts to condole,
And I sat my Judy down by the old bog-hole. 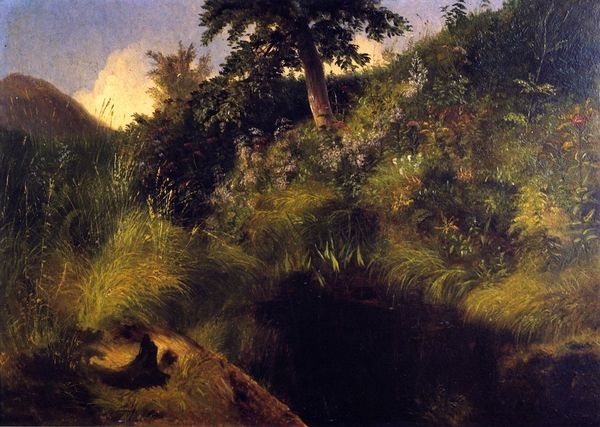 
See also listing at:
See entry at the Ballad Index [2]
Hear the reel diddled by Willie Fraser (Banffshire) at Tobar an Dualchais [3]

Back to Old Bog Hole (The)[edit]